Home Culture 10 American Foods That Are Banned in Other Countries 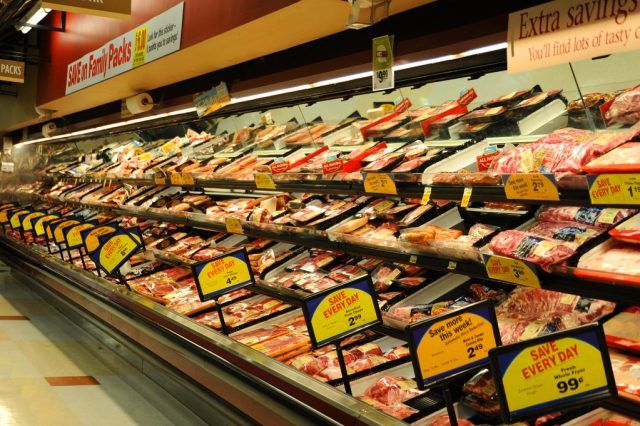 We will list the 10 foods which are freely sold in America, but banned in other countries due to health concerns.

Hence, make sure you never have these in your kitchen:

Arsenic-based drugs accelerate the growth of animals, and make their meat pink, so they are used for animal feed in the U.S.

Even though they are said to be safe as they are less toxic in an inorganic form, according to the FDA, yet studies show that organic arsenic can transform into inorganic arsenic, and harm health.

Due to this, arsenic-based drugs are banned in the European Union.

Farmed salmon are raised on an unnatural diet, consisting of grains, antibiotics, and other drugs. This makes their flesh gray, and they are consequently fed synthetic astaxanthin, which is made from petrochemicals, in order to fix it.

Farmed salmon which have received these chemicals are banned in both Australia and New Zealand.

The drug ractopamine boosts protein synthesis and produces more meat. Due to this quality, it is added to almost 45% of U.S. pigs, 30% of ration-fed cattle, and turkeys.

It is still legal in America, but it is banned in 160 European countries, Russia, mainland China and the Republic of China.

RBGH is a synthetic version of natural bovine somatotropin, which is injected into cows to boost the production of milk. It raises the cancer risk by converting normal tissue cells into cancerous ones, so it is banned in Israel, Australia, New Zealand, Canada, and the European Union.

Olestra is a calorie- and cholesterol-free fat substitute added to fat-free snacks, and is manufactured by Procter & Gamble. Yet, it leads to cramps, diarrhea, and leaky bowels, and is banned in Canada and the United Kingdom.

In the United States, foods contain more than 3,000 preservatives, flavorings, and colors, most of which have been found to cause serious side-effects, including birth defects, cancer, and behavioral problems. Their use is banned in Norway and Austria.

This additive is often added to breads and baked goods, and its use has been related to thyroid issues, kidney and nervous system damage, gastrointestinal discomfort and cancer, so its use is illegal in China, Canada, and the European Union.

BHA (butylated hydroxyanisole) and BHT (butylated hydroxytoluene) are common preservatives in the foods we consume. Yet, studies have shown that BHA causes cancer in rats, and might cause cancer in humans. Hence, both of these are banned in Japan and parts of the European Union, and their use in the production of baby food is also banned in the United Kingdom.

Americans commonly drink sodas and sports drinks that are citrus-flavored, but the fact is that they contain brominated vegetable oil (BVO), a synthetic chemical which was initially used by chemical companies as a flame retardant. It is banned in Japan and Europe and acts as a depressant to the central nervous system.

Nowadays, most Hawaiian papaya is genetically engineered in order to be resistant to ringspot virus. Yet, they cause tumors, intestinal damage, birth defects, organ damage, tumors, and premature death in animals. This food is still not banned in the U.S. but it is in the European Union.