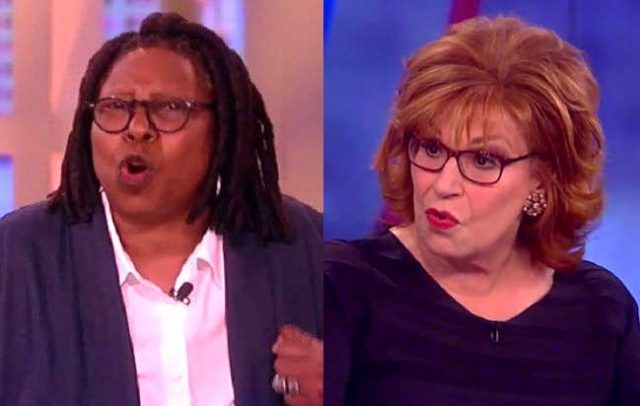 Liberal celebrities, corporate media and Democrat politicians are still doing a good job of staying in harmony with their perverted narrative that Hillary Clinton was such a great candidate that is baffles them as to why she lost the 2016 presidential elections.

Case in point, the liberal cranks on “The View” do a great job of following the liberal excuses and conspiracy theories that Democrat political strategist have concocted.

While discussing Hillary’s failed memoir, the ladies on “The View” put on a well orchestrated portrayal of celebrities in an alternative universe who are befuddled as to why Hillary lost in 2016.

Whoopi has the dramatic line of “if this had happened in any other country, they would have sent people to check. We we’ll never know.”

That’s a good little Democrat shill Whoopi, don’t ever bring up that Jill Stein sued to have votes recounted in some of the close swing states and they found the same result, Trump won.

Whoopi didn’t feel that saying her “we will never know” line once was enough, so she had to say it again right before the end of the clip.

Joy Behar holds firmly to her ongoing script by reiterating “she won” several times. She has done this on may episodes. What a nut!

Share this if you think Joy Behar and Whoopi Goldberg are horrible, nasty women.