The Dem’s want to impeach President Trump because he is fulfilling ALL of his campaign promises, lol! How backward can the Demoncrats get before they start walking on their heads!

Democratic Sen. Chris Murphy (D-CT) asserted Monday that President Trump couldn’t be impeached by Democrats for fulfilling campaign promises that he ran on during the 2016 presidential election

Watch the video below!

According to The Daily Caller:

During an interview with WFSB, Murphy responded to claims from fellow Democratic lawmakers and pundits that Trump is mentally unfit for office.

“I don’t see President Trump acting any differently as president than he did during the campaign,” Murphy said. “His speeches as a president for these rallies are just as bizarre as they were as a candidate, so I haven’t really seen any change in behavior.”

Murphy contended that while he finds Trump’s behavior to be “bizarre,” Trump can’t be removed just because people don’t like that behavior.

“He did win the electoral college despite this bizarre behavior as a candidate, so you can’t impeach somebody for doing what they said they were going to do as a candidate,” Murphy argued. “Whether we like it or not, he is fulfilling all of the very reckless promises…he made during the campaign.”

Finally, one adult stood up and told the children to stop making up silly scenarios about things that aren’t going to happen. I wonder what Maxine is going to say next? I guess all these Democrats hats think Trump’s behavior is bizarre have not been watching the Pelosi, Waters, and Jackson Lee dementia show.

This is great campaign advertisement. Here we have someone ADMITTING THAT TRUMP IS KEEPING the very promises that got him elected in the first place. This should be a very good headline for 2020. 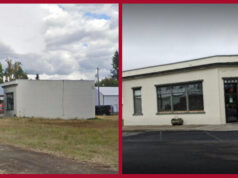