Home Culture “Getting Deported Was The Best Thing That Ever Happened to Me”: CNN

Though CNN and other liberal propaganda mills are hysterical over the prospect so-called “DREAMers” may have to return to their own countries, the reality is they’ll be returning as grown adults (median age 25) with English skills and a valuable education paid for by US taxpayers.

While CNN is at the forefront of the liberal freak out over DACA, earlier this year in June they ran a story of one man who said getting deported back to Mexico was the “best thing that ever happened” to him.

If you ask Orlando Lopez, getting deported was the best thing that ever happened to him.

His parents had brought him to the United States when he was just three years old, hoping to offer him a better life. But by the time he was a teenager, Lopez’s future was looking bleak.

Lopez recalls that he was a good student at his Fort Worth, Texas high school. But he says he was also a wannabe gangster who ended up serving seven years behind bars. He earned his GED while incarcerated.

Note, the average cost per student for K-12 in Texas is $9,561 per year. That means Lopez’s schooling cost taxpayers at least $114,732. On top of that, Lopez would have received 4,320 free meals from the school’s breakfast and lunch program, which cost taxpayers an additional $18,792. That brings the cost of his education to around $133,524.

At age 24, after serving his time, he was deported to Mexico.

“Being deported was the best thing that’s happened to me,” said Lopez, now 38. “The rhythm of the life I was living, I would have been a statistic.”

Today, Lopez lives in Chihuahua, Mexico, with his wife and daughter. “Being here in Mexico, I found my wife and we have a beautiful baby daughter together — those are huge blessings,” he said.

When he arrived in Mexico, Lopez was able to leverage his fluent English speaking skills to find work. For the past 10 years, he’s worked at an international call center that provides customer service, mostly for U.S.-based companies and their customers.

Lopez said about 30% of the workers in the Chihuahua call center grew up in the U.S. and were either deported or returned to Mexico on their own. That mix has helped to keep the office culture very American, but new workers still get homesick for the U.S., he said.

[…]Lopez has since adjusted — and flourished — in Mexico.

Lopez arrived in Mexico just as the economy was on an upswing. Now he and his family are part of the country’s burgeoning middle class.

He climbed through the ranks at the call center over the years and today he oversees 17 employee trainers and its 80-plus customer service representatives.

[…]Lopez now owns two cars and can take his family on vacations overseas. He’s even become a homeowner. After two and a half years on the job, the call center’s employees can qualify for a mortgage through the company’s affiliation with Mexico’s national mortgage lender, Infonavit.

“I tell my mom that if I lived in the States, I don’t know if I’d own my own house. I think I’d be renting,” he said.

Lopez admits that not everyone in Mexico has had the opportunities that he has had. He said growing up in the U.S. and speaking fluent English has given him a leg up when it comes to finding work.

“It won’t be the same thing as life in the U.S., but there are plenty of jobs here because of your English,” he said.

To undocumented Mexicans living in fear of being deported in the U.S., Lopez said Mexico isn’t the country they remember leaving. Plus, he said, if they end up in Mexico they could come out from the shadows.

“Though your cage may be gilded, it doesn’t stop being a prison,” he said about life in the U.S. “In Mexico, at least you’d be free.”

I wonder why CNN isn’t bringing this story back up and running it on the front page? Seems rather relevant, does it not? 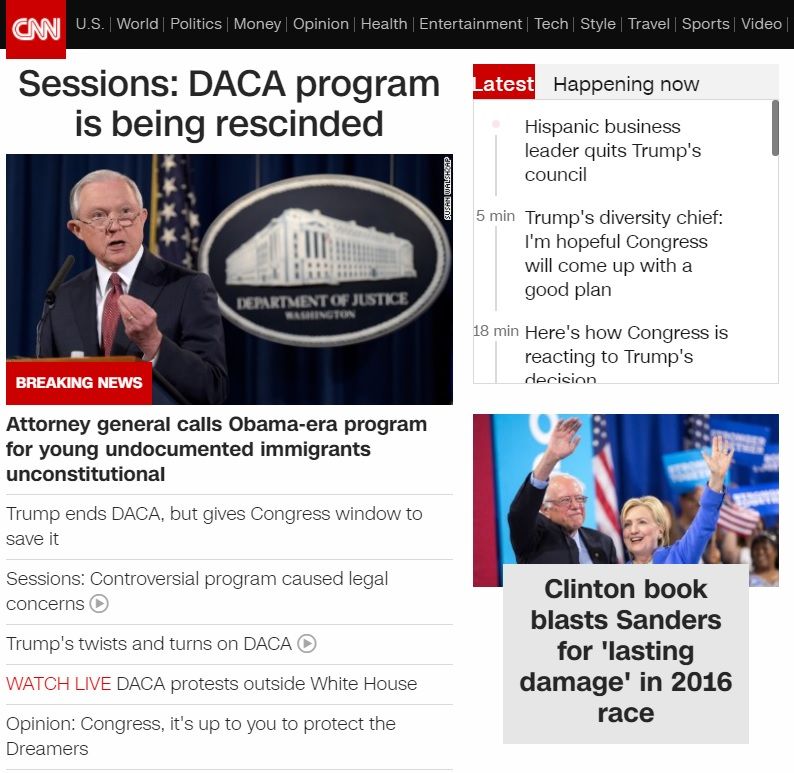 Contrary to what you’re hearing from the likes of Bernie Sanders and other leftists in the government and lying media, living in your own country with your own family and your own people is not hell on earth.

As Lopez can testify to, you’ll actually have a giant leg up on your fellow citizens thanks to your English skills and your US taxpayer-financed education.