Home Politics Hillary Reveals Her Insane Conspiracy Theory as To Why She Lost the... 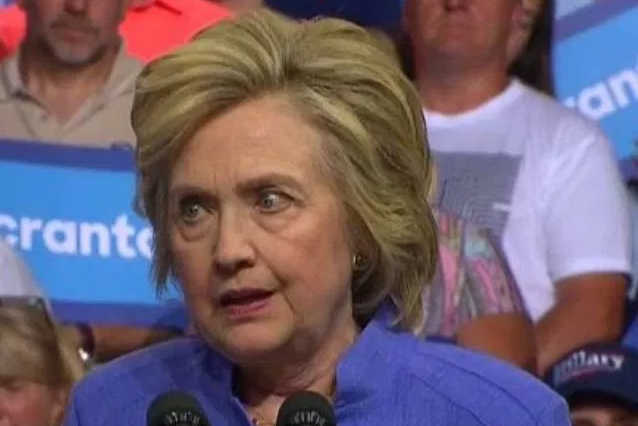 According to Hillary, she lost the vote of white women because they were bullied by their husbands and boyfriends after the letter James Comey released late in the campaign announcing Hillary was again under investigation.

So not only is Hillary painting herself a victim she is now a victim advocate for millions of women across the country who were bullied by men to vote for Trump.

This woman is absolutely insane! Can you imagine if she actually won the election and had control of the military and nuclear codes? It makes me shudder to think of it.

Hillary Clinton has long said that sexism played a role in her election loss—and this week she offered a sexist explanation for it.

In an interview with Vox, Clinton said white women didn’t strongly support her 2016 presidential bid because they listened to the men in their lives after FBI Director James Comey revealed late in the campaign that he was still investigating her.

It’s an inherently sexist idea—that women are incapable of thinking independently from their husbands and partners—particularly when research indicates that men and women both cast their vote based on major issues such as the economy, terrorism and jobs.

In the interview, Clinton suggested that women heeded pressure from men not to vote for her, citing a conversation with Sheryl Sandberg, a technology executive and women’s rights activist.

“Many women, and let’s talk about white women since that’s the group I lost, are really quite politically dependent on their view of their own security and own position in society and what works for them,” she said.