A disturbing video has been uploaded on Twitter showing a man, who allegedly tried to commit suicide from a highrise in New York City, survived when he landed on the roof of a car and survived.

The video is disturbing, the car’s hood is completely destroyed, taking most of the impact while the man on the ground had his right arm completely shattered.

** (Disclaimer: This video content is intended for educational and informational purposes only) **

The man crashed through the roof of the Beemer parked below 26 Journal Square at 10:20 a.m. Wednesday, then stood up with a broken arm and asked, “What happened?” onlooker Christina Smith, 21, confirmed.

“I heard a big boom and I didn’t think it was a person at first,” said Smith. “The back window of the car just busted out — exploded. Then the guy jumped up and started screaming. His arm was all twisted.”

“I was like, ‘Oh my God!’ I was shocked. It was like being in a movie,” said Smith, who works in sales and had been strolling to a nearby McDonald’s.

The jumper refused to give cops his name and was not being cooperative as of Thursday afternoon, according to a source familiar with the case.

We will updates you when those details come in. 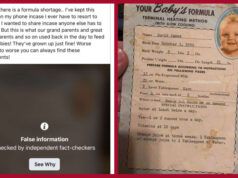