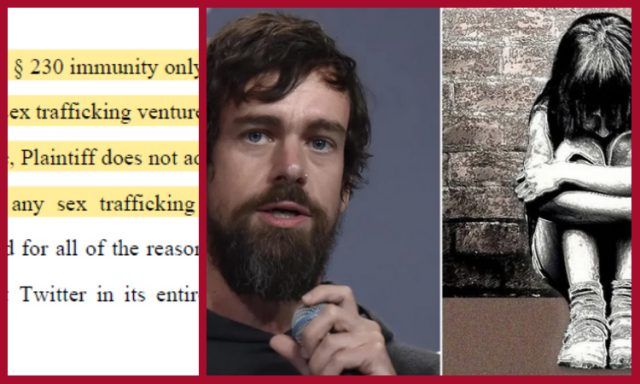 Twitter refused to take down widely shared pornographic images and videos of a teenage sex trafficking victim because an investigation “didn’t find a violation” of the company’s “policies,” a scathing lawsuit alleges.

When the plaintiff, who is a minor referred to only as John Doe, was 13 – 14 years old, he was manipulated into sending sexually explicit images to human traffickers who pretended to be a 16-year-old girl who went to his school, according to the lawsuit. The traffickers then began blackmailing Doe into sending more explicit photos and videos, telling him that if he did not send the material, they would show the photos he had already sent to his parents, coach, pastors, and others in the community.

Eventually, Doe blocked the traffickers and they stopped harassing him, but at some point in 2019, the videos surfaced on Twitter under two accounts that were known to share child sexual abuse material, court papers allege.

Over the next month, the videos would be reported to Twitter at least three times — first on Dec. 25, 2019 — but the tech giant failed to do anything about it until a federal law enforcement officer got involved, the suit states.

But what is widely ignored by the mainstream media is the court documents that surfaced this morning and they show that Twitter now moves to dismiss the minor’s case and their argument is that Twitter has “immunity” from the minor’s claims using section 230.

“During the six-month period from January to June 2020, Twitter suspended 438,809 accounts for violating its policies prohibiting CSE material.”

If using Section 230 to defend against allowing sexual harassment and exploitation of a minor doesn’t show the overreach of that law, nothing will.