By now, everyone knows CNN and the rest of the liberal media fixes surveys, as could not be more apparent from the polls showing a large margin win for Hillary Clinton before the November election.

They pay for fabricated polls to try and crush the moral of opposition supporters just like they hired agitators to disrupt Trump Rallies.

There is no low they will not go. The latest are polls showing a very large disapproval rating of Trump’s response to Charlottesville from Trump supporters.

This gave his enemies fake information to help fuel their hate frenzy over him.

However, it turns out the people that matter most, Republicans in swing states, overwhelmingly agree with Trump blaming “both sides.”

Here is a large view of the results. 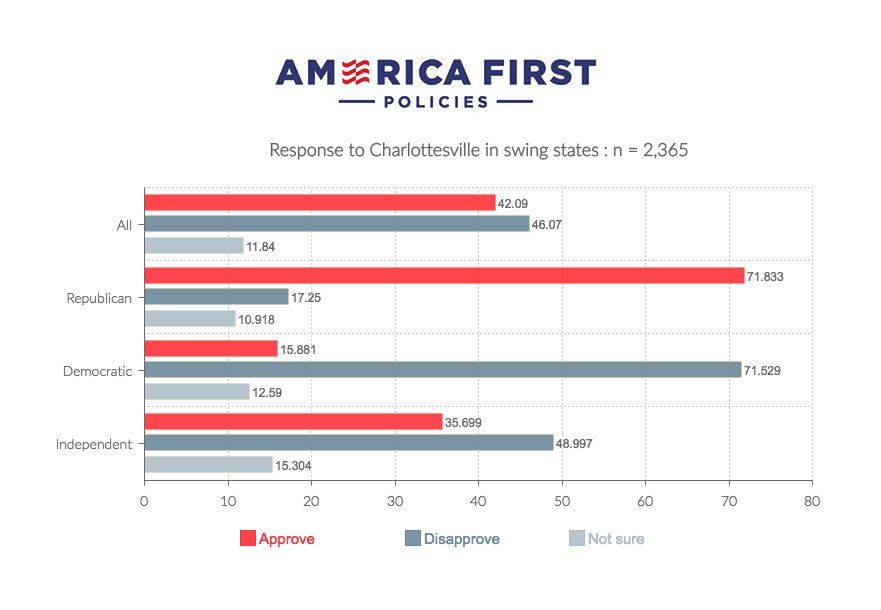