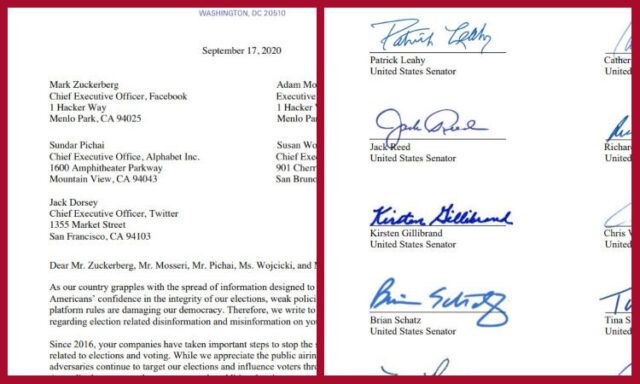 Americans have complicated feelings about their relationship with big technology companies. While they have appreciated the impact of technology over recent decades and rely on these companies’ products to communicate, shop, and get news, many have also grown critical of the industry and have expressed concerns about the executives who run them.

This has become a particularly pointed issue in politics – with critics accusing tech firms of political bias and stifling open discussion. Amid these concerns, a Pew Research Center survey conducted in June finds that roughly three-quarters of U.S. adults say it is very (37%) or somewhat (36%) likely that social media sites intentionally censor political viewpoints that they find objectionable. Just 25% believe this is not likely the case.

Majorities in both major parties believe censorship is likely occurring, but this belief is especially common – and growing – among Republicans. Nine-in-ten Republicans and independents who lean toward the Republican Party say it’s at least somewhat likely that social media platforms censor political viewpoints they find objectionable, up slightly from 85% in 2018 when the Center last asked this question.

So why is this the case?

It seems that the Democrats in Congress want this kind of censorship because they were caught as they illegally telling the social media giants to censor America including elected gov officials!

Screenshots from the letter below:

And let’s not forget, this is a direct Election interference, the letter is from Sept 2020.

Debates about censorship grew following Twitter’s decision to label tweets from President Donald Trump as misleading and remove his account shortly after. This prompted some of the president’s supporters to charge that these platforms are censoring conservative voices.