A video recently posted on social media showed Taliban fighters looking on as an iconic piece of US materiel (military hardware) – a Black Hawk helicopter – was piloted across Kandahar airport.

The four-blade multi-purpose aircraft was just taxiing on the tarmac, but the exercise sent a message to the world: the Taliban were no longer a group of ragtag soldiers wielding Kalashnikov assault rifles on battered pickup trucks.

Elsewhere, since the fall of Kabul on 15 August to the hard-line Islamist group, the Taliban’s fighters have been pictured showing off a host of US-made weaponry and vehicles.

Some of them were seen in complete combat gear in social media posts and couldn’t be distinguished from other special forces from across the world. There was no characteristic long beard, or traditional salwar kameez outfit, and certainly no rusted weapons. They looked the part.

They seized these weapons after troops from the Afghan National Defence and Security Forces (Ands) surrendered one city after the other.

Taliban have seized dozens of military helicopter and planes at the Kabul airport. Joe Biden built the Taliban back better, everything left behind on purpose. pic.twitter.com/98Vx6jmBXp


Some on social media said this made the Taliban the only extremist group with an air force. 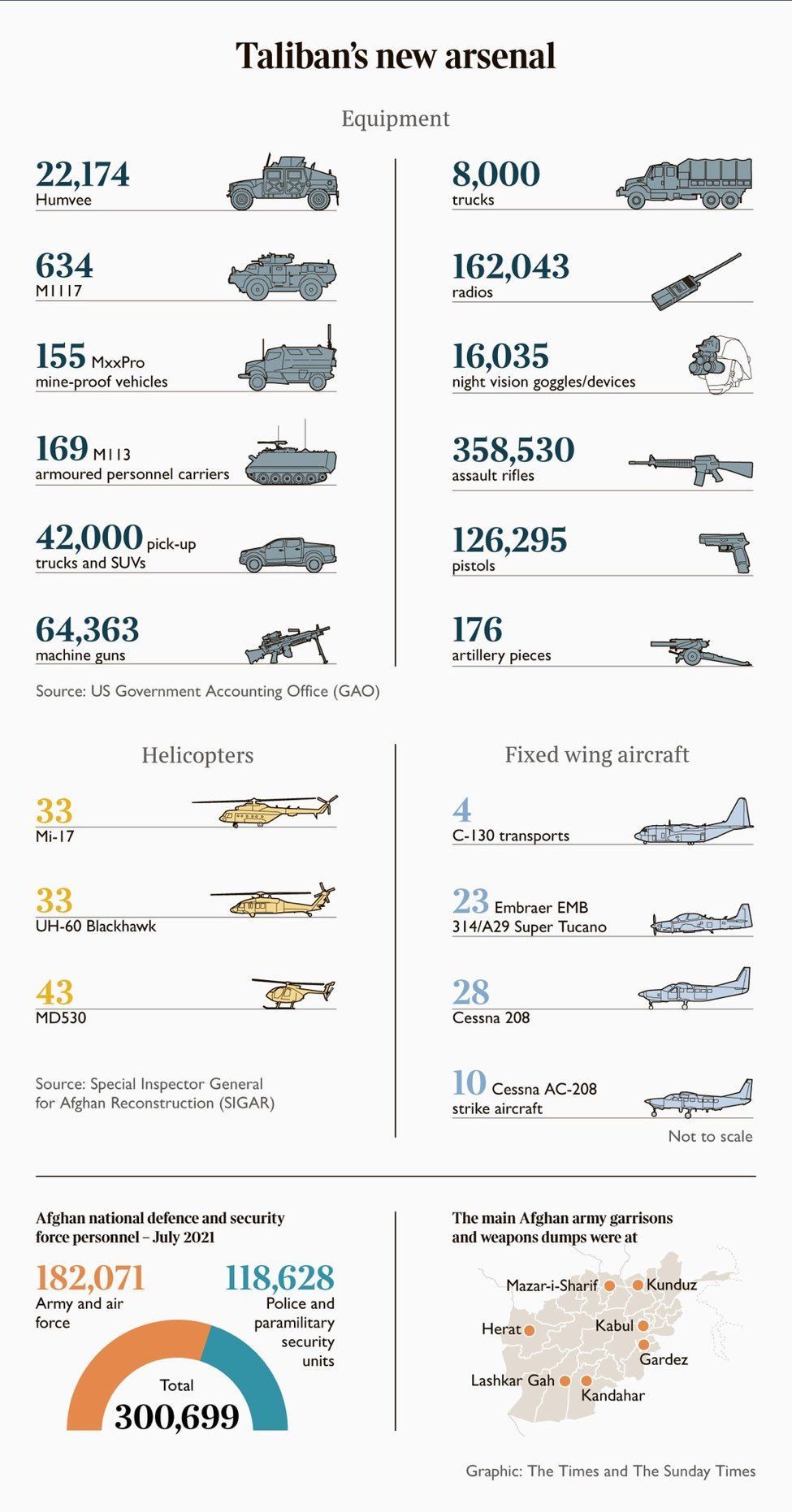 Waters said this about the tragedy in Afghanistan:

But indeed is becoming worse by the day!

Last week we had a good laugh when the Taliban tried to fly the BlackHawk but only managed to drive it through the airport.

Well, today we have videos from Kandahar Province where the Taliban did fly for the first time with the Black Hawk.

This is the first time Taliban's are flying Black Hawk over Kandahar Province. pic.twitter.com/DEgjMZNnvg

🚨⚠Breaking: 📜Video Showing Taliban Fly One Of The Captured UH-60A Black Hawk Helicopters With What Looks Like Someone Hanging From A Rope Underneath #Kandahar | #Afghanistan pic.twitter.com/yyqbNjDUVz


It didn’t take them long to figure that out, or perhaps someone is teaching them how to operate all of our equipment?

It takes skilled pilots to fly one of them, they must have been training a long time!

Americans who trained Afghan pilots and ground crews are now raising the alarm about their safety. Though some flew out of the country, others are still in Afghanistan, hiding from the Taliban. And they are desperate to get out, fearing the Taliban may learn their identities and retaliate.
Black Hawk helicopters can cost up to $21 million. In 2013, the U.S. placed an order for 20 A-29 Super Tucano attack aircraft for $427 million – that’s $21.3 million for each plane. Other specialized helicopters can cost up to $37 million each.

OPINION: This article contains commentary which reflects the author’s opinion