Fake News in America has been with us via left-wing news sites who operate in the background to push narratives that Democrats concoct to attack their opponents.

In recent months, is that fake news is finally being exposed thanks to Donald Trump defending himself on Twitter along with online conservative blogs and news sites dissecting left-wing fake news and debunking their fake news within minutes of it being published or aired.

The video below, Andrew Klavan points out how only 7% of reporters identify as Republicans while 96% of the mainstream media who donated to political candidates, donated to Hillary Clinton.

Many journalists who identify as Democrats believe they can be objective, but It is impossible since it’s been shown by psychologists that those who identify with a group suffer from group think and confirmation bias.

Klavan goes on to give his three rules of Mainstream Media Journalism to show the key ways in which leftist news outlets fabricate fake news and examples of how it has been accomplished.

Klavan finishes up with other examples of left wing extremist fake news. 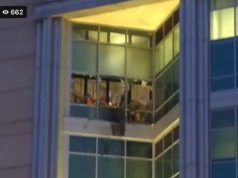