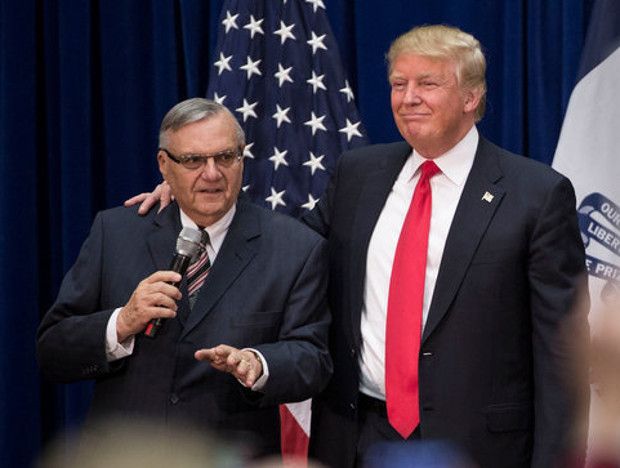 “Throughout his time as Sheriff, Arpaio continued his life’s work of protecting the public from the scourges of crime and illegal immigration,” the White House said in a statement stressing Arpaio’s public service.

“Sheriff Joe Arpaio is now eighty-five years old, and after more than fifty years of admirable service to our Nation, he is a worthy candidate for a Presidential pardon,” the statement added.

White House press secretary Sarah Huckabee Sanders had said earlier this week that Trump would make an announcement on Arpaio at an “appropriate time.”

Trump had hinted at a rally in Phoenix on Tuesday that he was preparing to pardon the controversial former sheriff, an early supporter of the president’s.

Arpaio had been found guilty in a Justice Department investigation of racially profiling Latinos. He was convicted July 31 of criminal contempt for disobeying a federal judge’s order on detaining individuals suspected of being in the U.S. illegally.

During his Phoenix rally this week, President Trump hinted the he he had decided to pardon former Sheriff Joe Arpaio. “I’ll make a prediction, I think he’s going to be just fine,” Trump said.