Home Culture What This Harvard Professor Said About ANTIFA Will Piss Off Every Liberal... 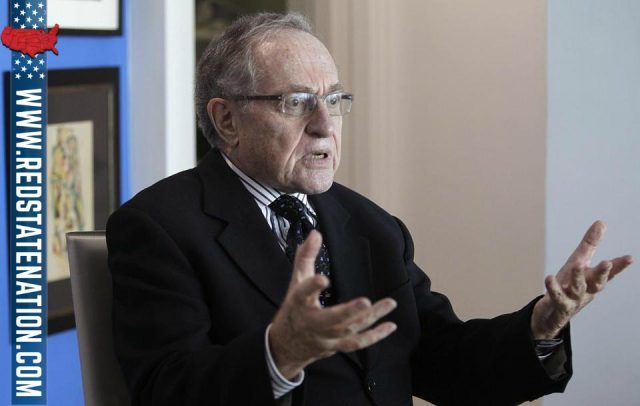 Harvard Professor Alan Dershowitz is a registered Democrat who has consistently voted for the Democrat candidate in Presidential elections. What bothers you is that Dershowitz is an independent thinker who doesn’t mindlessly spew the prevailing DNC narrative.

Dershowitz said Tuesday that liberals should not treat Antifa members as heroes for tearing down Confederate monuments because they are trying to “tear down America.”

Watch the video below!

“Do not glorify the violent people who are now tearing down the statues. Many of these people, not all of them, many of these people are trying to tear down America. Antifa is a radical, anti-America, anti-free market, communist, socialist, hard left sensorial organization that tries to stop speakers on campuses from speaking,” Dershowitz said on “Fox and Friends,” according to The Daily Caller.

“They use violence. Just because they are opposed to fascism and to some of these monuments, should not make them heroes of the liberals,” he added.

Dershowitz warned there is a danger of tearing down these monuments because it creates a slippery slope regarding what is acceptable and what is not.

He compared the movement to remove Confederate monuments to Stalin and accused the agitators of trying to rewrite history.

“The idea of willy nilly going through and doing what Stalin did, just erasing history and rewriting it to serve current purposes does pose a danger. And it poses a danger of educational malpractice,” Dershowitz said.

The professor added that both sides of the aisle have a responsibility to condemn the extremes that occur on their particular point of the political spectrum.

He is absolutely right! It is the liberal globalist agenda with open borders! Clinton was supposed to continue Obama’s agenda leading down a path that would change America, not for the better! Their agenda is a one world government! Open borders were supposed to dilute our population and be the catalyst for new orders as envisioned by Soros and all associated with him!

That is why Trump’s slogan infuriates them, America First cancels out their globalist agenda!!