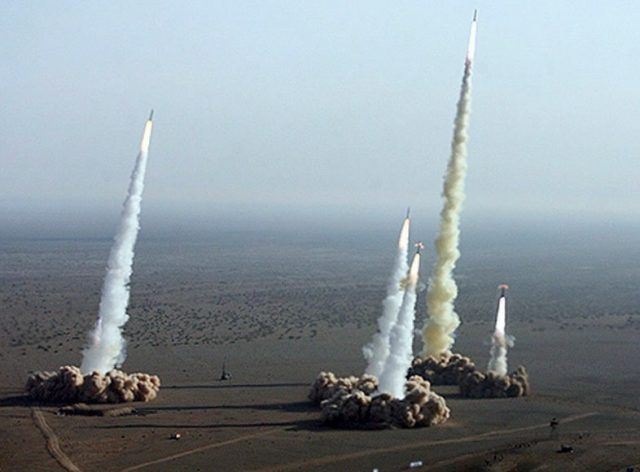 If it’s not bad enough we have the mentally deranged kindergartner from North Korea making threats to nuke us, now we have Iran’s parliament agreeing to ramp up spending on its ballistic missile program while chanting “Deat to America.”

Trump put sanctions on them for continuing development of intersentential ballistic missiles in the first place and their answer is to not only keep on doing it but to ramp up the development process.

Nobody is really surprised they have little reasoning outside of knowing exactly how to continue to be a threat to everyone around them.

Their pal Obama emboldened them to continue doing whatever it is they want to do by giving in to everything they wanted with nothing worthwhile in return. Now they think they can threaten us, keep developing weapons to threaten everyone and still get what they want.

By a huge majority, members of Iran’s parliament voted Sunday to increase spending on the nation’s ballistic missile program and finance its paramilitary Revolutionary Guard.

Members of Parliament chanted “Death to America” during the session, the Associated Press reported.

The vote was viewed as a response to recently announced U.S. sanctions against the Muslim country.

No specifics were available about how the new funds would be used.

The bill now heads to an oversight committee called the Guardian Council, which is expected to approve it.

Earlier this month, Iran reiterated a previous assertion that new U.S. sanctions against it would constitute a “breach” of the 2015 nuclear deal between Iran and a group of Western powers.

Araghchi said the country had prepared a list of 16 measures to take against the U.S. in response to the sanctions, but would not elaborate.

In remarks aimed at Trump earlier this month, Rouhani issued a warning for anyone looking to discard the 2015 deal.

Those who intend to tear down the deal should know that they are tearing down their political life,” Rouhani said during a swearing-in ceremony to launch his second term. 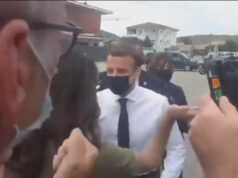 Video: Day After Macron Called For A Single World Order A French Citizen Decides To Slap Him In The Face Again