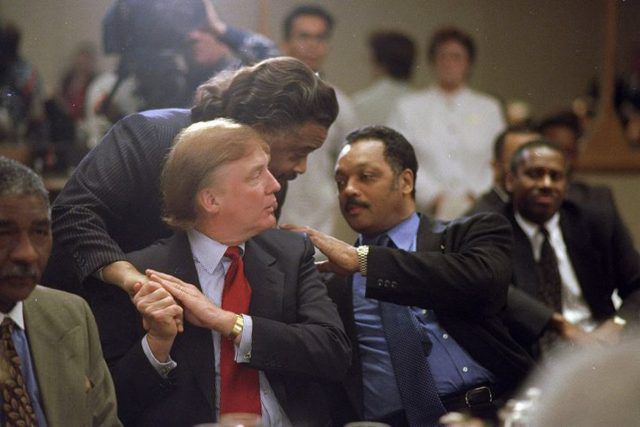 The great  Reverend Jesse Jackson, known for such scandals and controversies as Congressional pay-for-play schemes, having an extra-martial affair, and threatening to cut off President Barack Obama’s balls for talking down to black people, is now apparently a prophet and speaking directly for God.

Trump says you must be able to speak the language of English, qualified, and have a job skill…

Jesus would not qualify to come in Trump’s country…

He [Trump] would not qualify to get into Jesus’ kingdom.

Jackson made his outrageous comments in a mumbling speech at the Ministers March for Justice conference spearheaded by fellow reverend Al Sharpton in Washington, D.C.

Share if you think Jesse Jackson is a phony reverend and a race baiter.