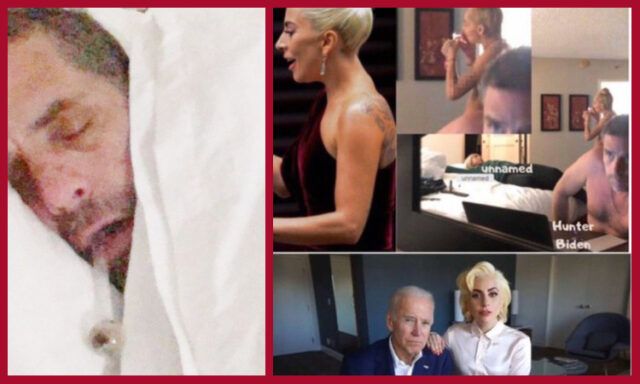 Hunter Biden smoked crack with late D.C. Mayor Marion Barry, he revealed to a friend in a recorded call obtained by DailyMail.com.

In the January 2019 conversation, Hunter bragged: ‘I actually smoked crack with Marion Barry I swear to f***ing god.’

Hunter, 51, told his friend that he would regularly smoke with Barry in the restroom of a Georgetown bar while he was an undergraduate there.

The stunning admission in the call, which was saved on Hunter’s abandoned laptop, contradicts the president’s son’s claim in his memoir that his arrest as a teenager scared him off drugs until after college.

Hunter recorded several of his calls and saved them on his laptop.

Scroll down for audio

But it seems that Barry wasn’t the only celebrity that was on Hunter’s laptop and got caught smoking crack.

A conspiracy theory linking Lady Gaga with Hunter Biden has surfaced online. The wild claim stemmed from a leaked photo from Biden’s laptop which features a woman resembling the singer.

The controversy surrounding the laptop of President Biden’s younger son erupted after a leaked email claimed that he met with a top executive of Ukrainian energy firm, Burisma in 2015, at the behest of Hunter Biden.

The report was made on the basis of an email recovered from the damaged laptop of Hunter.

The viral image shows a naked Biden looking into a mirror with two women in the background. While a fully clothed woman is seen lying on the bed, a tattooed naked woman with her blonde hair tied in a top bun can be seen smoking a pipe.

The conspiracy theorists captioned the image, “Lady Gaga, Is that you?” The image also appears to have a timeline suggesting it was clicked in Los Angeles, California on July 31, 2018.

To make their claim even more strong, the conspiracy theorists added an image of Lady Gaga with a similar top hairstyle and tattoos along with the leaked picture.

The viral theory gained momentum after a blog post titled, ‘Exclusive! Lady Gaga! Who is in the photos with Hunter Biden?’ was posted on USagainstmedia. 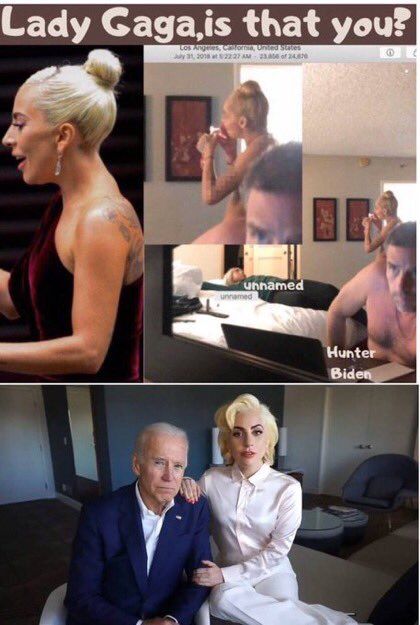 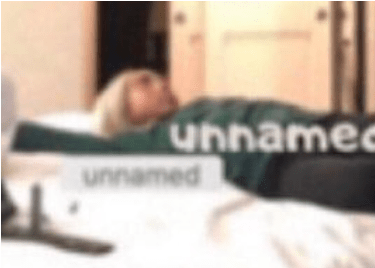 Is the woman in the leaked image Lady Gaga?

OPINION: This article contains commentary which reflects the author’s opinion