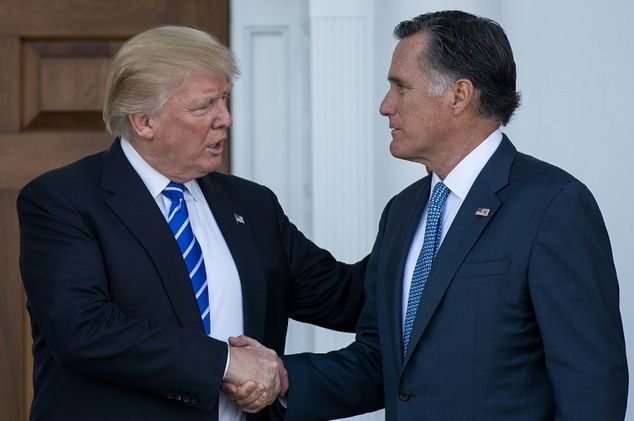 Although Mitt Romney is as big a loser as Hillary Clinton, unfortunately for us, he still has a foothold in Utah where all that matters is that he wears magic Mormon underwear.

So now it looks like we are in danger of Romney being a U.S. Senator, adding more to the swamp and the hate against an America First policy in Washington D.C.

It is reported that Romney will run for Senate in 2018 if Orrin Hatch decides to retire but Hatch has yet to make up his mind as to whether he’ll run for an eighth term in 2018.

Can’t this has-been who helped give us more gun control, more socialism and ran jobs out of Massachusetts just go away and enjoy his millions?

Sources tell UtahPolicy.com that former Massachusetts Gov. Mitt Romney is preparing to run for Senate in 2018 if Sen. Orrin Hatch decides to retire.

Sources close to Romney say the two-time presidential candidate will jump into the 2018 Utah Senate scrum if Hatch opts not to.

So far, Hatch has not made up his mind as to whether he’ll run for an eighth term in 2018. He has previously said he was planning on running as long as his and his wife’s health holds up.

Dave Hansen, a longtime political advisor to Hatch, told UtahPolicy.com last month that he didn’t expect Hatch to decide on his political future until October. However, sources now tell UtahPolicy.com that Hatch may not make up his mind until December.

Hatch’s reticence to make a definitive announcement is presenting other candidates from getting in the race, but Romney has the financial resources to mount a campaign no matter when Hatch decides.

Rep. Chris Stewart also has said he would like to jump into the race if Hatch decides against running for an eighth term next year.

A UtahPolicy.com poll shows Romney would be in great shape to win a Senate race against Democrat Jenny Wilson. Romney pulls 64% of the vote to Wilson’s 26%. The poll shows Stewart would only be ahead of Wilson 34-30, but that’s likely due to Stewart being less familiar to Utah voters.

Earlier this year Hatch said he would be willing to step aside if an “outstanding person” like Mitt Romney were to run for the seat he currently holds.