Home Culture Scholar Enforced To Resign Over Study That Found ‘No Racial Bias In... 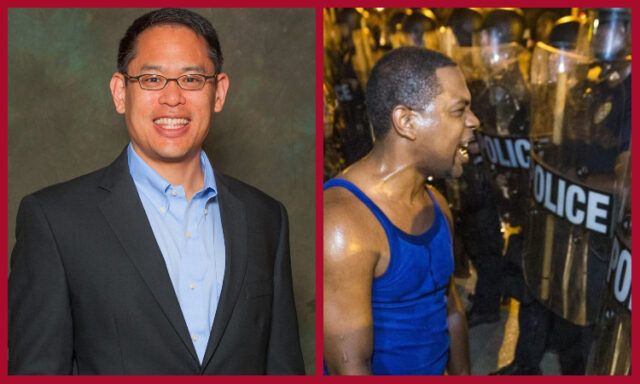 Mainstream media show an ‘absolute refusal to grapple with the data’.

He made waves four years ago with his research on use-of-force incidents by race. It found that black suspects were less likely to be shot by police than white suspects.

This news wasn’t well-received by the mainstream media so they decided to ignore it.

Fryer didn’t lose his job but another scholar wasn’t that lucky.

The Michigan State University research touted by Professor Hsu found that police are not more likely to shoot African-Americans and systemic police racism is a myth.

The professor was then informed that he should not share research that runs counter to public statements by the university which is backing the Black Lives Matter movement.

His research didn’t hit any major publication also as well as the news that he lost his position as vice president of research and innovation, for a study that reveals the truth!

CollegeFix reports: The union had taken advantage of a Black Lives Matter-linked #ShutDownStem day on June 10 to help oust him.

Hsu was hired to lead the university’s research enterprise, administering faculty and student research across the university as the Vice President for Research and Graduate Studies under ex-MSU President Lou Anna K. Simon in 2012.

Hsu stepped down from his vice president role on June 19 after pressure from the union and the president of the university, Samuel Stanley.

Today for #ShutDownAcademia #ShutDownSTEM, the GEU and its coalition partners in the STEM community are calling for the removal of Stephen Hsu as VP of Research and Graduate Studies at @michiganstateu.

The union also circulated a petition against Hsu that accused him of “scientific racism” that garnered over 800 signers. An open letter signed by more than 500 faculty and staff at Michigan State argued Hsu supports the idea that intelligence is linked to genetics.

A counter-petition in support of Hsu has gained more than 1,000 signers, including many fellow professors from across the country.

“To remove Hsu for holding controversial views, or for inquiring about controversial topics, or for simply talking to controversial personalities … would also set a dangerous precedent, inconsistent with the fundamental principles of modern enlightened higher education,” it read.

As for the claim of “scientific racism,” Hsu rejected that on his personal website, stating “I believe that basic human rights and human dignity derive from our shared humanity, not from uniformity in ability or genetic makeup.”

But a leader with the graduate student union said that there were multiple factors that led to Hsu’s removal, including people who disagreed with Hsu not feeling they were able to state their concerns for fear of backlash.

“Once we started the dialogue, dozens of people approached us with personal stories of their own attempts to speak out and their own experiences with Hsu, and hundreds signed on calling for his removal,” Graduate Employees Union Vice President Acacia Ackles told The College Fix.

The union has also criticized Hsu’s promotion of a study that found there is no racial bias in police shootings.

“We found that the race of the officer doesn’t matter when it comes to predicting whether black or white citizens are shot,” according to the Michigan State-based research Hsu had quoted that drew the ire of many.

Hsu said that the attacks against him are baseless.

“The GEU alleged that I am a racist because I interviewed MSU Psychology professor Joe Cesario, who studies police shootings,” he wrote in an email to The College Fix. “But Cesario’s work (along with similar work by others, such as Roland Fryer at Harvard) is essential to understanding deadly force and how to improve policing.”

The GEU compared Hsu’s views to Stefan Molyneux, including clips from a podcast between Hsu and Molyneux to support these claims.

“A video from a 2017 podcast interview with Senior Vice President for Research and Innovation Stephen Hsu has offended many people,” MSU President Samuel L. Stanley said in a statement. “Regardless of his intent, the impact of his remarks was significant, insensitive and divisive. We are incredibly sorry to those who felt that impact.”

Hsu's belief stand in opposition to the American Society of Human Genetics and over 100 leading evolutionary biologists https://t.co/D1cBoXfzQ0https://t.co/js30XeDKeC Instead, this position aligns Hsu with people like white supremacist Stefan Molyneux or antisemite Ron Unz pic.twitter.com/GPcZp9Iwbf

Hsu is correct on all fronts. In the interview with Stefan Molyneux (who was also canceled by YouTube), Hsu reluctantly laid out the unimpeachable case for race realism with humility. This is why he is being canceled. The truth in this case changes everything, and completely destroys the Left’s oppression and institutional racism narratives. It also hurts their feelings, and we cannot have that, can we?