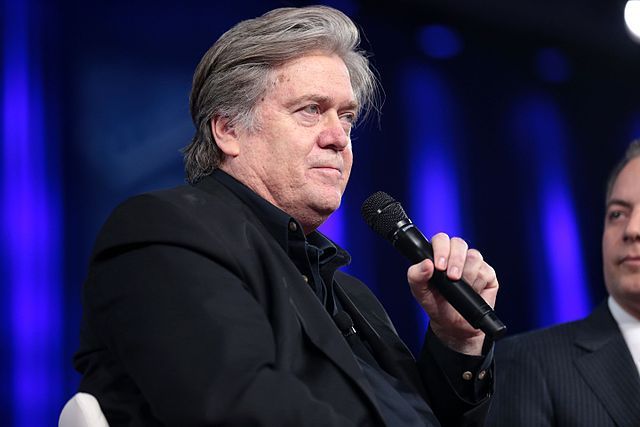 Stephen Bannon is returning to Breitbart after jumping on a grenade earlier this week with his “controversial” interview where he “contradicted” Trump by saying there’s nothing the US can do to stop North Korea.

Odds are he had already been fired and did that just to try and distract from the media’s organized takedown campaign ruthlessly and shamelessly exploiting and lying about the events in Charlottesville.

Ranked the #63 website in America by Amazon-owned Alexa.com, and with the #13 Facebook page in the world, Breitbart News is considered the most influential populist website in the world.

“The populist-nationalist movement got a lot stronger today,” said Breitbart News Editor-in-Chief Alex Marlow. “Breitbart gained an executive chairman with his finger on the pulse of the Trump agenda.”

“Breitbart’s pace of global expansion will only accelerate with Steve back,” said Solov. “The sky’s the limit.”

He told Circa News’s Sarah Carter he resigned two weeks ago:

That’s probably not true, but there’s no question he’s been sidelined for a while now.

Regardless, this week showed why it’s so important to control the media. They can spin any narrative they want about anything and Facebook, Google and Twitter will censor alternative websites exposing their lies.

Fox News was the only TV network which gave Trump positive coverage, but it was taken over by the Trump-hating Murdoch brothers late last year. James Murdoch just publicly attacked Trump and pledged $1 million to the far-left hate-group The Anti-Defamation League.

Next, he’s likely going to fire Tucker Carlson and Sean Hannity. If they don’t form another TV network, there’s going to be no way to reach older people who don’t use the internet, which is a huge swath of voters.

Bannon is a smart man and no doubt understands this situation, he called for Google and Facebook to be regulated as utilities just a few weeks ago.